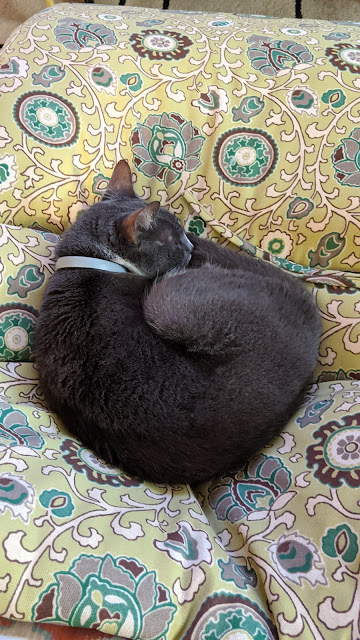 The humans have noticed that us kitties have adjusted to the quarantine in weird ways. One way for instance is that this rocking chair that typically has Buster's name and where he spent nights after nights of snoozing while the humans eat and watch tv. This time I, Emma, have called dibs on the chair and have been doing the snoozing here during the evenings. New normal eh? Or is it because they replaced the cushion? Due to extra time in their hands, the humans have began cleaning/clearing out all the junk in the closets and garage and they found out that they had a spare cushion for the rocking chair. A cushion that doesn't have any Buster smell or drool.
Labels: Emma