A Whole Lot of Orange Goodness 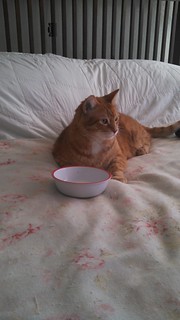 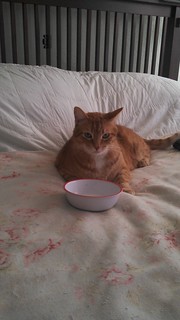 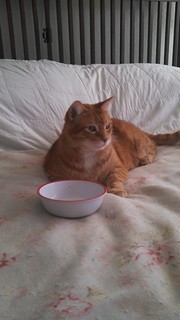 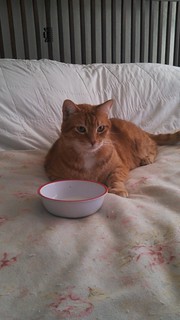 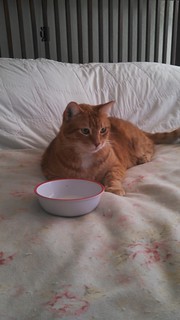 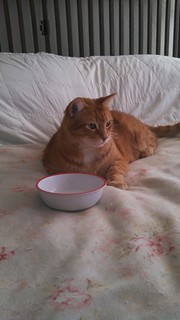 My human used to walk around the house lugging around the flashy box. Every little move we make she caught it on camera. Lately not so much anymore. She said it's because we do the same thing. Nap the same way; sit the way spot.

The story to this series of shots is this: I was given a baff against my will! The horror! I sang my way through the baff as always and was given a standing O by mom; although in fairness I get only 2-3 baffs a year. That is when the humans say I smell! The gall! Emma and I we do not tolerate blowdrying so each time the towel drying is over, we jump out of their arms and under the bed we go to finish the baffing.

I wouldn't get near the humans afterwards and I sulked and sulked until I was persuaded to come out from under the bed and onto the bed. Mom made an offering of noms in bed to atone for giving me a baff and saying I smell.

Do you think I looked happy with the offering? Moments later, I was coaxed into nomming and the humans were back in my good graces. Did you think I was tolerant with the human's blunder? 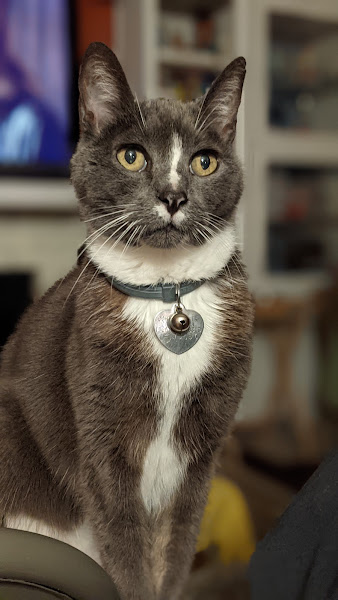