My Bedtime Rituals by Emma 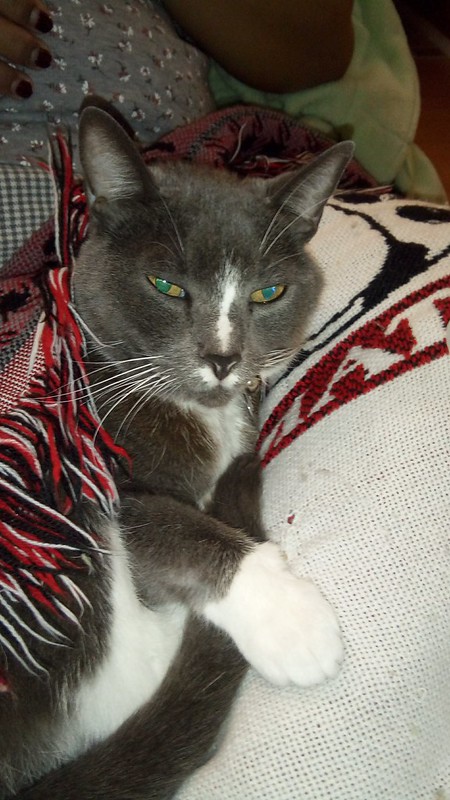 AFTER DINNER NAP: After dinner (both mine and the humans), we troop to the family/tv room where the human lady stretches on the couch and my favorite throw is placed on top of her legs. I scoot in between her legs and take a nice nap. If she's watching sports, it's not a peaceful nap for me because her commentaries about the game is not limited to words.

I SLEEP WITH THE HUMAN: While the human blogs by the computer desk, the male human surfs in bed. I perch in between the human and the computer screen and I nap.

When finally the lady comes to bed, I make sure she is under the covers and I make my spot in between her legs - only after I make biscuits in her left leg near her groin. She asks me to knead her other leg too, but I never have. I demand (meow at him) the human male scritch me before I finally settle in for a night's sleep.

After an hour or so, I jumped out of bed, eat a little kibble, visit the litter box, scratch the scratcher by the door and hang out on top of the direct tv receiver for a bit before I go back in between mom's legs.

She is such a fussy sleeper and is in perpetual motion, so in order for me to not scratch the hell out of her, I move over next to dad's side and sleep the rest of the night away. He does not move much at all. 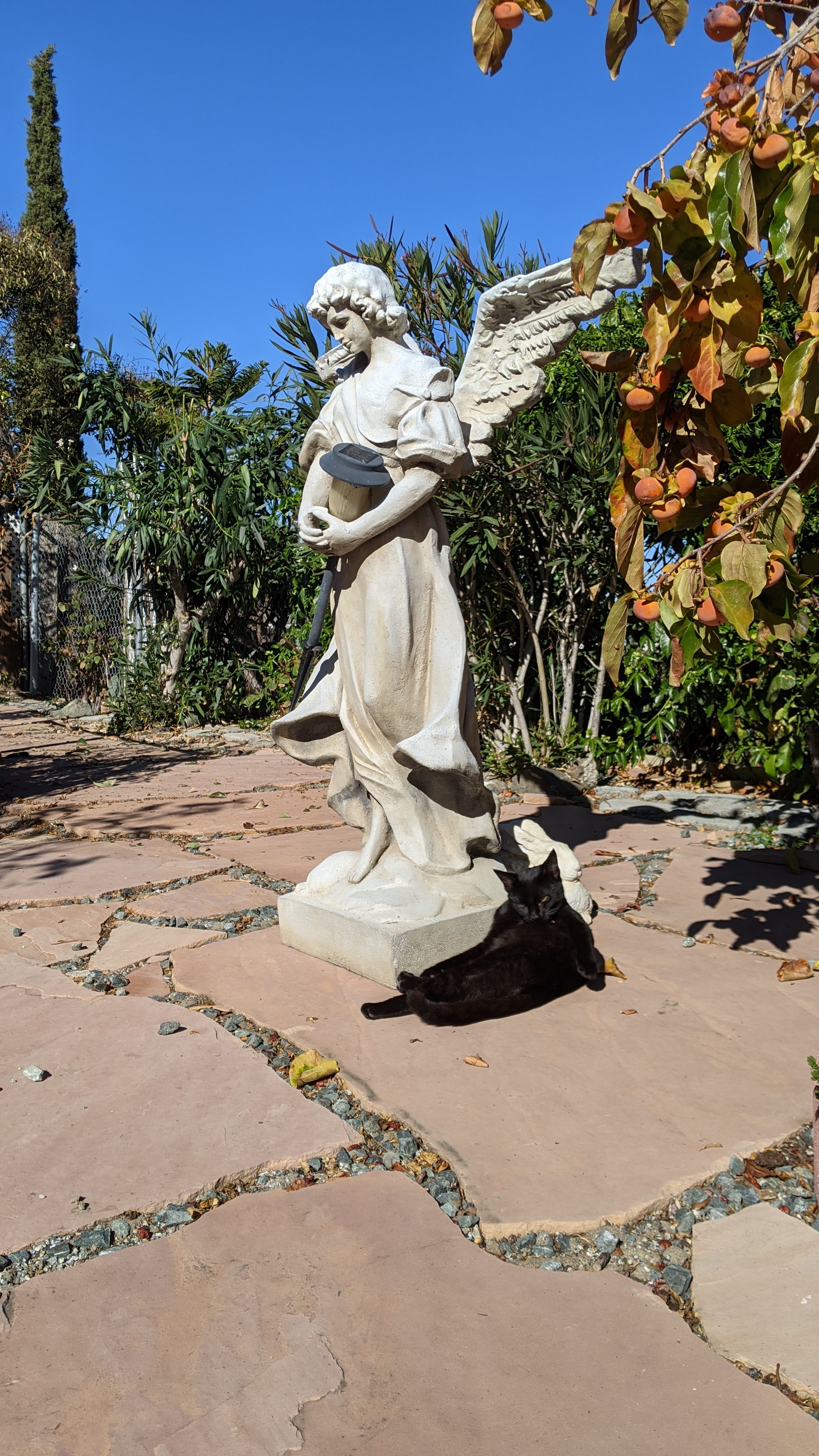 Angels in the Backyard 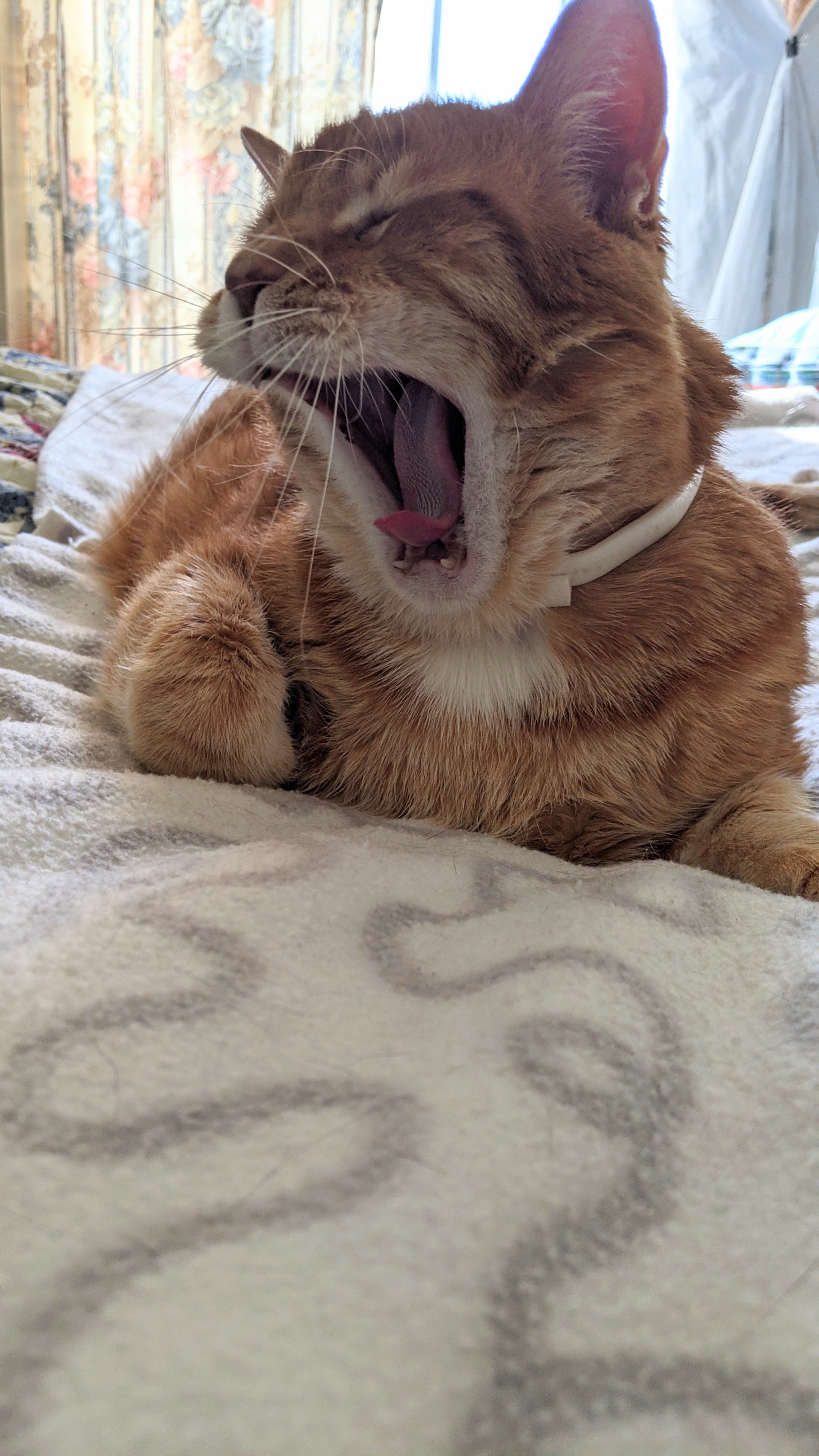